In this blog, we'll introduce the new features of kube-green, and give you some other information about kube-green.

In this first tutorial, I will try to explain how it was born and why it is useful for reducing waste of resources.

Everything we do online has an impact on the real world environment.
From the emails in our inboxes to photos and videos on the cloud, from online games to digital currency, all this digital activity run on physical servers that constantly use energy.

The Kubernetes clusters are not an exception. Also if they run in a cloud provider far from us they produces CO2, also if not used.

In a cluster, non production namespaces are usually used only during business hours.
The business hours are around 40 hours per week, respect the total number of weekly hours which are 168.
Also, in Kubernetes the resources could be allocated (both CPU and memory, setting the request of a container) also if not used. This means most of the time the pods in these namespaces are unnecessarily consuming resources.

The basic idea of kube-green is to stop all pods in those namespaces. 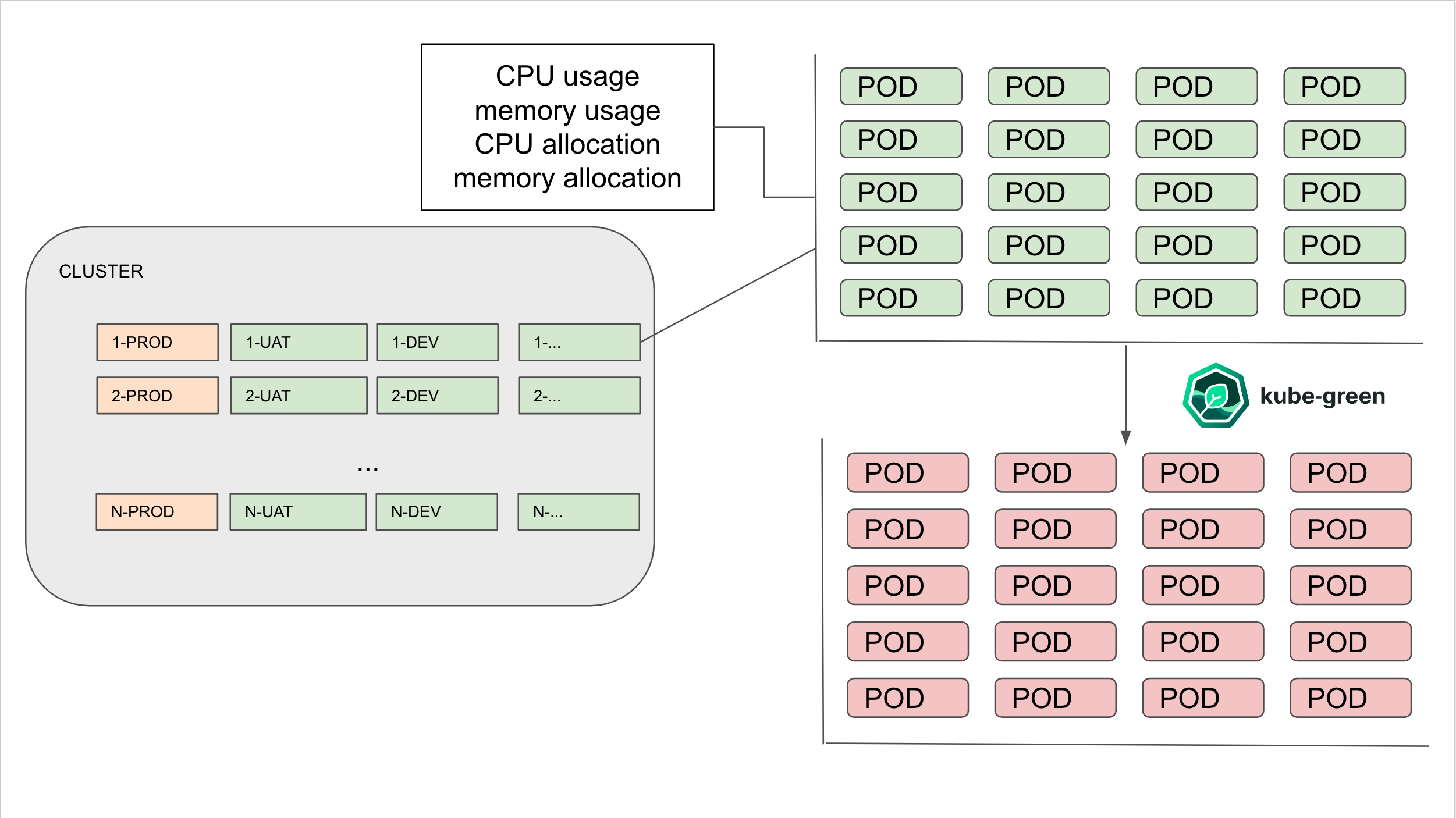 How it is possible?​

kube-green is a Kubernetes controller, which define a Custom Resource Definition called SleepInfo. SleepInfo CRD define when stop and restart the pods in a namespace.

An example of SleepInfo CRD to make it is:

What resources can you suspend?​

At the time of this post, with kube-green at v0.2.0, it is possible to sleep only Deployment. Other resources will be added in the future.
If you need some particular resources, write it in this issue to set it in roadmap!

Do you want to reduce the CO2 emissions and costs of your Kubernetes cluster?

Read our documentation to install kube-green in your cluster!